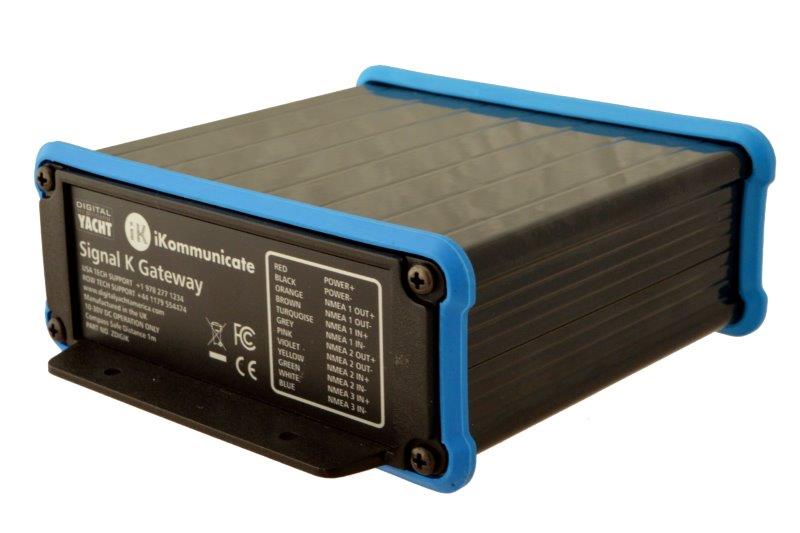 Traditionally marine electronic systems talked to each other via the industry standard NMEA0183 and newer NMEA2000 networks. There interfaces are very reliable, well proven and fit for purpose, but they are between 15 and 30 years old now, developed in a time before the internet, smart phones and tablets. There are quite a lot of traditional PC navigation programs that will read NMEA data via USB adaptor cables but the costs for developers to become NMEA members, buy the specifications and have their software certified has severely restricted the number of marine applications that have used NMEA data.

With the release of Signal K, a new open data format for boats, all of this is about to change and it will suddenly become very easy for developers to read and use the NMEA data. iKommunicate is driving this change, as the first NMEA to Signal K gateway product that will connect to the NMEA networks and convert all of the data in to the new Signal K format. 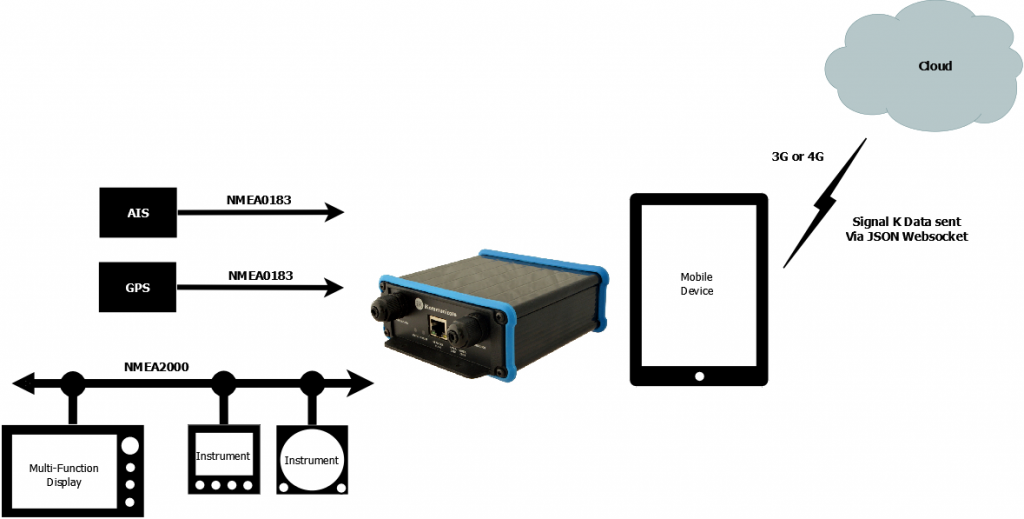 Featuring three opto-isolated NMEA0183 Inputs, two differential NMEA0183 Outputs and an NMEA2000 Network interface, iKommunicate can handle whatever NMEA data is thrown at it. Its 120MHz Atmel processor, efficiently converts the NMEA data in to Signal K JSON data, the standard for the latest generation of HTML5 websites and apps, which is then output via HTTP or multiple high speed Web Sockets.

iKommunicate’s Ethernet (RJ45) connection, allows it to be connected to the boats wired/wireless network so that any mobile device connected to the network can display the Signal K data in its browser or compatible app. Pre-installed in iKommunicate are a couple of web apps (including the popular Instrument Panel) so that you can immediately start displaying NMEA data from your network and it features an 8GB micro SD card that can host any new Signal K web apps as they become available. 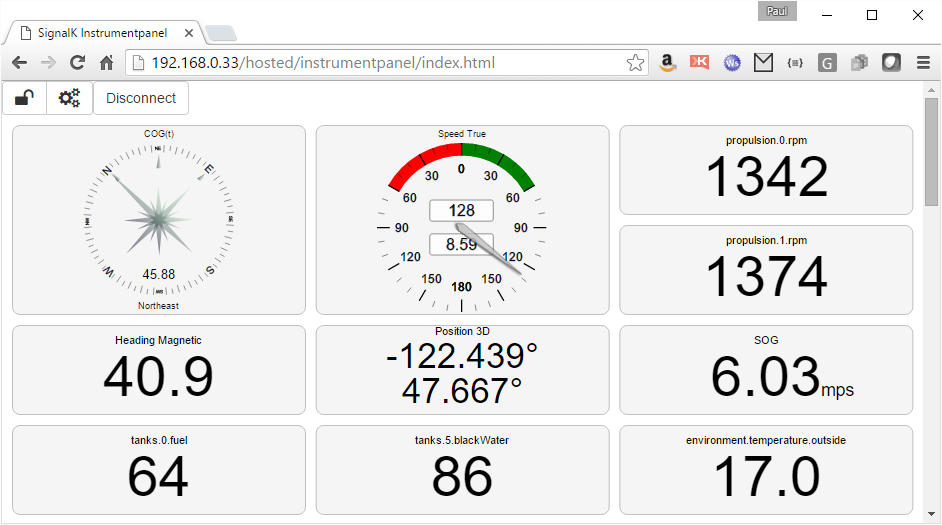 Configuration and setup of iKommunicate is easy, using the built-in web interface, which even shows you the status of the NMEA2000 network and features a smart firmware update feature if there is an internet connection on the boat’s network. 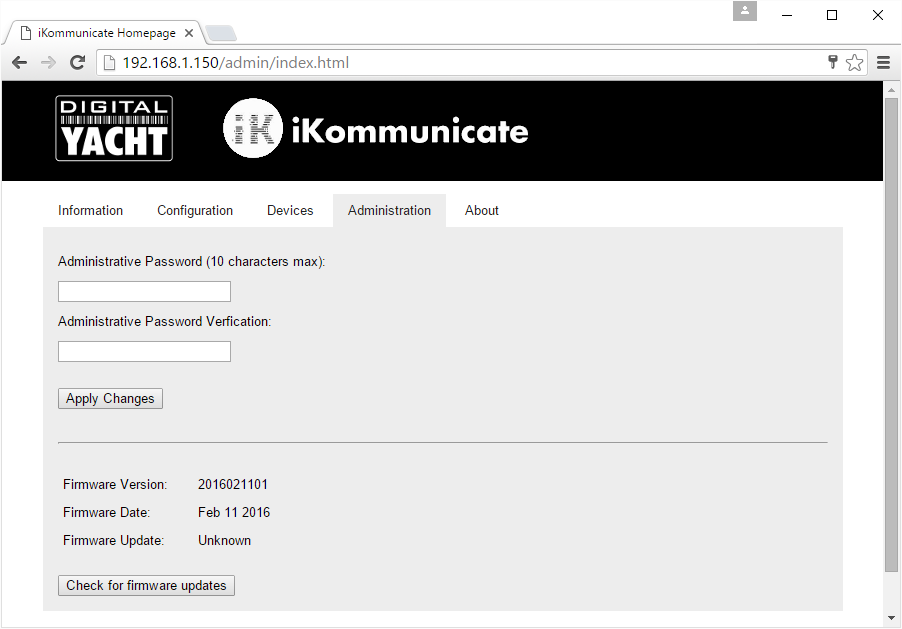